The main field of application of the LabPainter QC 705 is the control of coatings and their components with regard to various criteria such as color tone, flow, surface properties or formation tendencies of defects.

The control of coatings only makes sense if the application is carried out under conditions that are as close as possible to the application. For this reason, all common high-rotation and pneumatic atomizers can be operated with and without high voltage on the LabPainter. In this case, the paint is conveyed by gear pumps or metering cylinders. 2K applications with inline mixing in or before the atomizer are also possible.

The LabPainter can be operated networked with a Windows operating system. Furthermore, a production data acquisition, user authentication with rights management including logging and reporting functions are available. An offline programming tool enables the development of paint programs without access to the actual application system.

Areas of application include batch testing of coatings and the development of new coatings. The LabPainter also plays an essential role in the patenting of paint formulations. Thus, the LabPainter is directly mentioned as an application system in the following patents:

The original LabPainter is only available at ASIS. Stay on the safe side in terms of patent law! 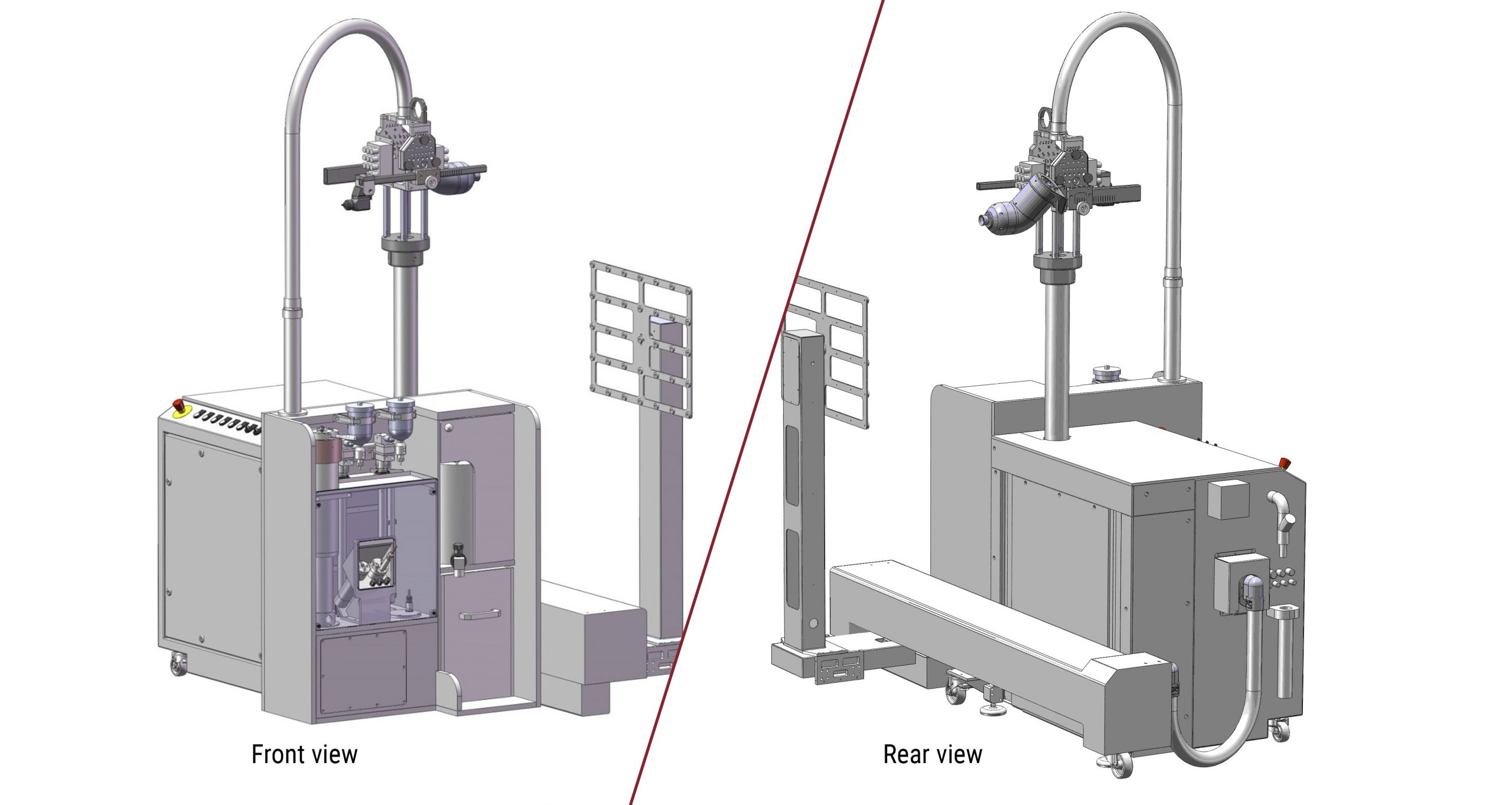 For the actual paint atomization, a wide variety of atomizers are used, depending on customer requirements. In the past, rotary atomizers from ABB, Dürr, Sames or LacTec were adapted for use on the LabPainter. As pneumatic atomizers, automatic guns from DeVilbiss are primarily used. The flexible use of different atomizers on the LabPainter is made possible by a quick-change system.

One or two atomizers can be attached to each LabPainter at the same time. A swivel mechanism turns the atomizer required in each case towards the substrate holder and the sample plate attached to it.

All common atomizers can be adapted to the LabPainter. 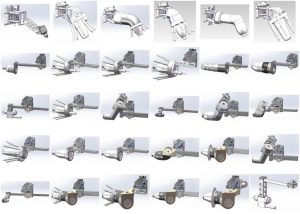 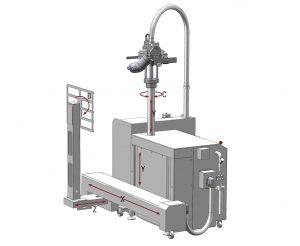 The LabPainter can perform movements within a cartesian coordinate system by means of driven linear axes. During painting, the atomizer is at a fixed position in space. The sheet is moved past the atomizer (=conveyor axis, X) and painted in the process. By lowering the atomizer and simultaneously raising the conveyor axis, a second cartesian motion axis (=stroke axis, Y) is realized. Furthermore, the painting distance (=feed axis, Z) can optionally be set.

This axis arrangement means that even complex motion programs can be implemented with the LabPainter in a very confined space.

The actual painting program is started via a PC user interface in a separate console outside the paint booth. Each paint program can consist of up to 30 spraying passes with freely selectable flash-off times.

For each spray pass, the operator can select preconfigured motion programs, use the painting types shown below, and combine them with each other in chronological sequence. 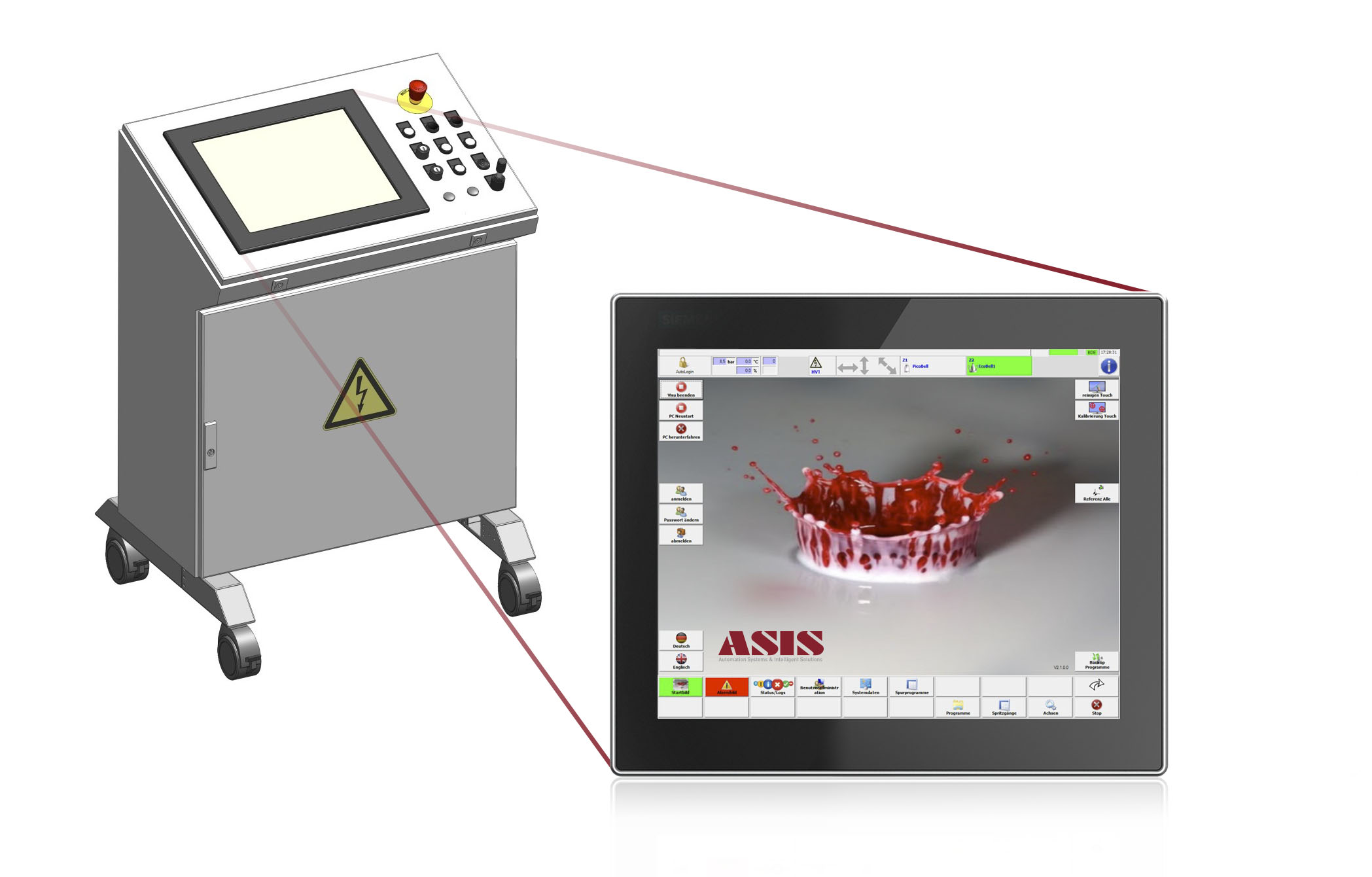 The “static spray pattern” and “dynamic spray pattern” painting modes (Figure 2.1 and 2.2) are used in particular to check the function of the atomizer and design of paint paths, as well as to evaluate the atomization behavior of the respective paint material.

A frequently used painting method is the “rectangle”, in which a uniform paint layer with constant application parameters is applied to the sheet (Figure 2.3). This type of coating is used to test a variety of properties such as hue, gradient, film stability, gloss level, cloudiness (non-uniform gradient), flop (alignment of flakes in an effect coating), and more.

The influence of the resist film thickness is checked with wedge buildups on the test sheet. The film thickness can be achieved by varying different parameters:

Furthermore, sawtooth patterns with arbitrary run widths and paint strokes can be applied to the test sheet (Figure 2.5). By combining several spray passes, unconventional movement sequences can also be realized, as indicated in Figure 2.6.

Depending on the machine equipment, the substrate can be swiveled on the LabPainter (Figure 2.7). This also allows double-wedge sheets, cross-painting, etc. to be represented by combining the aforementioned painting methods.

The flexible combination of coating programs gives you no limits. 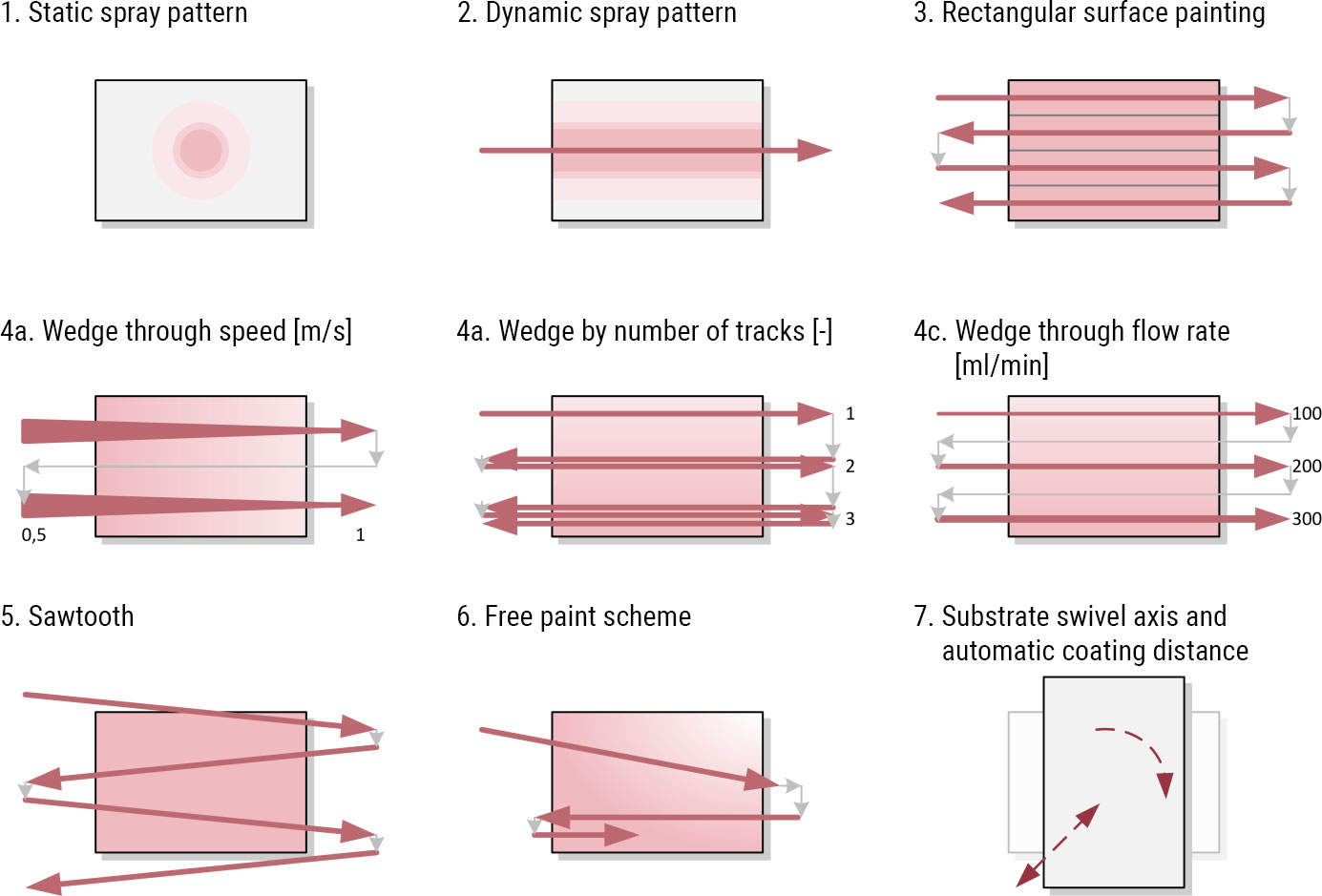 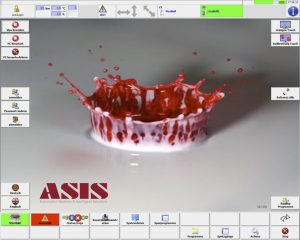 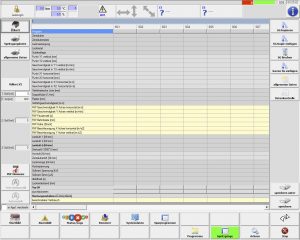 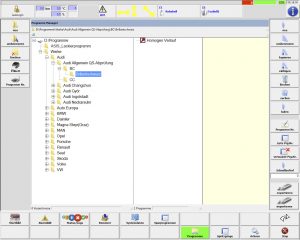 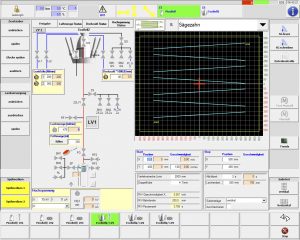 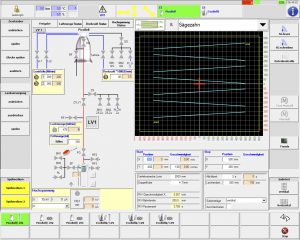 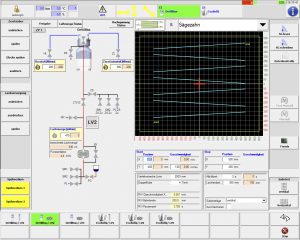 The system can be operated in a contemporary manner via a touch screen, but also by mouse and keyboard.

The safety PLC implemented in the background enables more precise analyses in the event of malfunctions. For example, it can detect which safety circuit from the exhaust air monitoring causes an alarm. This leads to faster troubleshooting and thus enables increased availability of the paint shop.

The PC remote from the touch panel has two hard disks with a Raid 1 system for mirroring the hard disk contents. This further increases the operational reliability of the system.

Whether you are an experienced LabPainter user or a beginner, you will quickly find your way around the intuitive user interface.

The safety devices of the LabPainter are based on the relevant standards. Thus, the operator’s safety is realized, among other things, by key switches for the release of movement axes and the high voltage, door switches, optical and acoustic warning signals as well as indications on the visualization. Furthermore, the LabPainter complies with the DIN EN 50176 standard and is compliant with regard to the ATEX Directive 2014/34EU. Here a corresponding CE declaration is issued. The requirements for the fulfillment of the standard DIN EN 16985 are also given.

A finely graduated distribution of user rights, especially with regard to applying and saving changes to existing painting programs, allows precise control of which user is allowed to make which change. Inexperienced painters, for example, should only be able to run programs. Experienced painters may also change program parameters, but not the basic paint programs. Paint specialists should also be able to make changes to the programs and create new paint programs.

To create reproducible painting conditions, it is not only the application process that is important. The ambient conditions in the paint booth also have a significant influence on the painting result, such as the color shade. In addition to air temperature and humidity, the air flow also plays an essential role. For this reason, the LabPainter can also be supplied with a paint booth that enables near-line flow conditions in the area of the sample sheet in the form of a low-turbulence displacement flow. The paint booth complies to a large extent with the requirements for a cleanroom booth. This is ensured by the flow guidance and suitable supply and exhaust air filters.

The uniform painting environment ensures reproducible results regardless of location.

Full program from a single source

ASIS GmbH offers the seamless integration of the LabPainter into your process.

Due to our broad portfolio and our competence in automation and process technology, we are your contact as general contractor during the entire project.

We are looking forward to your request: